God’s blueprint for a family

Last Sunday we celebrated Mother’s Day and we are reminded that it is God’s design to set us in families, to be nurtured by father and mother. Proverbs 6:20 and 23 counsels us, 20My son, keep your father’s commandment, and forsake not your mother’s teaching. 23For the commandment is a lamp and the teaching a light, and the reproofs of discipline are the way of life.

In Prime Minister Lee Hsien Loong’s own words, “by ‘family’ in Singapore, we mean one man, one woman, marrying, having children and bringing up children within that framework of a stable family unit.”

Thus we come to the important question of what is this family unit in the eyes of God? Who should be father and mother? The simple yet fundamental answer is found in Genesis 1 and 2 where Creation is described for us.
27 So God created man in his own image, in the image of God he created him; male and female he created them. (Genesis 1:27)
22 And the rib that the Lord God had taken from the man he made into a woman and brought her to the man. 23 Then the man said, “This at last is bone of my bones and flesh of my flesh; she shall be called Woman, because she was taken out of Man.” 24 Therefore a man shall leave his father and his mother and hold fast to his wife, and they shall become one flesh. (Genesis 2:22-24)
28 And God blessed them. And God said to them, “Be fruitful and multiply and fill the earth and subdue it, … (Genesis 1:28a)

God’s blueprint for a family is first of all a covenantal union between a man and a woman in faithful marriage and the bringing forth of children as the Lord blesses. “Behold, children are a heritage from the Lord, the fruit of the womb a reward.” (Psalm 127:3)

Hence, it is important for us to understand the significance and impact of Section 377A should it be removed from our Penal Code (Section 377A is a Singaporean law criminalising sex between consenting male adults). The most recent legal challenge to Section 377A was dismissed by the Court of Appeal.
Below is a response from the LoveSingapore leadership team that was sent to all churches in the prayer network on 8 March 2022. The first two points are highlighted here this Sunday and points 3 and 4 will be covered next week.

LoveSingapore Statement on the Court of Appeal Ruling (Points 1 & 2 of four):
1. WE AGREE with the decision of the Court of Appeal in dismissing the latest legal challenge to Section 377A.
• The Court upheld that Section 377A is not inconsistent with the Constitution.
• The Court recognised the underlying complexity of issues before them.
• The Court noted that the merits of retaining Section 377A were robustly debated in Parliament in October 2007. The outcome was a uniquely Singaporean resolution: a political compromise in which Parliament opted to retain Section 377A in keeping with the social norms of the conservative mainstream in Singapore.

2. WE APPLAUD the Government’s wisdom in retaining Section 377A in 2007. This goes a long way in conserving public morality, protecting what is good and right for our nation, and reinforcing family as the basic building block of society. In Prime Minister Lee Hsien Loong’s own words, “by ‘family’ in Singapore, we mean one man, one woman, marrying, having children and bringing up children within that framework of a stable family unit.”

As it stands now, the definition of a family unit in Singapore is aligned to God’s blueprint. Praise the Lord! 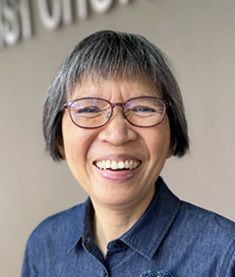